We visited Montezuma Castle & Well near the end of our first trip in 2012. It was a unique experience and so interesting see houses people carved into cliffs hundreds of years ago! Montezuma Castle National Monument is located in Camp Verde, Arizona. 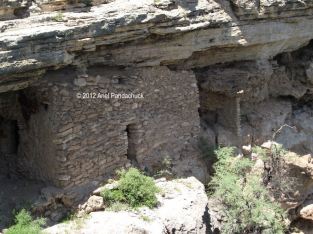 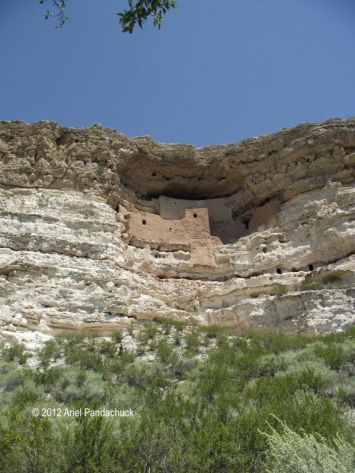 This is how the Library of Congress website describes the castle:

“Significance: Montezuma Castle is a cliff dwelling constructed by the Sinaguan people of Arizona’s Verde Valley in the late 12th century. The Sinaguan culture thrived in agriculture and trade until they abandoned the Verde Valley in the 15th century. Montezuma Castle is a 5-story stone structure with 20 rooms perched some 50 feet above the valley floor. The walls are constructed of limestone and mud mortar with earthern roof and floors. Some of the architectural features include viga and latilla ceilings, interior plaster walls, storage holes, fireplaces, and roof hatchways” (source: https://loc.gov/pictures/item/az0258/).

What’s fascinating is that this was constructed in the 12thcentury without modern day technology and is so neat to look at. Could you imagine living right in a cliff! Eventually the castle and area were abandoned, and nobody knows exactly what happened. To read more about the history and have a more in depth look I would visit this site.

Montezuma Well is quite interesting as well and it is about 7 miles from the castle, so you do have to drive there. Around the perimeter of the well there are house built into the cliffs. There are irrigation canals that the Sinagua people used, which made the water look crystal clear. 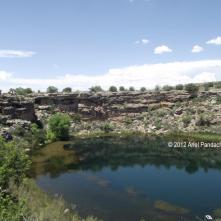 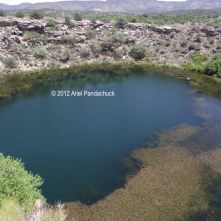 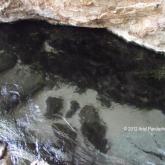 The American Southwest website describes the well as “a flooded limestone sink hole 55 feet deep formed by the collapse of a large underground cavern” (source: http://www.americansouthwest.net/arizona/montezuma_castle/national_monument.htm). They go on to explain that, “The water level in the well is maintained year-round by underground springs and so the lake was an obvious place for the local Indians to live near, as evident from various ruins scattered around the area, and remnants of an ancient irrigation system. From the carpark a half mile loop trail leads first to the south edge of the well and down to the water’s edge”.

To learn more about both of these monuments along with directions click here.

Thank you for reading my blog! Only two more days until my return to Arizona!!!!!